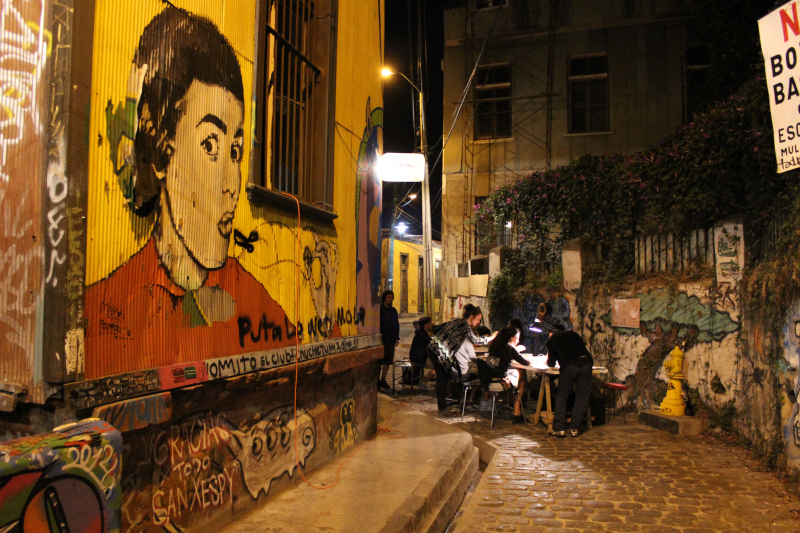 In October 2014, Constanza initiates a self journey along the Pan America Hight Way, route
connecting almost all Western Hemisphere countries in the Americas. Her aim was to establish
contact with contemporary subcultures in Latin America working around noise, electronic art,
transgender, DIY & DIWO practices. During the 22 months of the trip, she visited 10 countries in
which she was placed under the figure of a temporary charter school called "Academy of Arts and
Crafts Electronic".
In this nomadic space "without walls", the precariousness of media, active participation,
autonomy, simplicity, technological disobedience, subversion and electronic anarchy, were
building strategies, rethinking the notion of art, technology and education in some places where
medialab concept, FabLab or makerspace are even for a small group of people, and the real doers
are in the neighborhoods.
Thus, the Academy of Arts and Electronic Crafts became a participatory space connection with the
art of displaced circles of art, for the vindication of traditional crafts and lore, a space for making
noise by fact exist.
During the presentation, Constanza will make us a tour of what was learned in this journey
introducing us to some groups and influential people in the art technological scene and Latin
America's noise.

Visual artist, dancer and researcher, focused on experimentation with electronic media, open-
source technologies and practices DIWO. Her artistic proposals are presented in various formats
integrating dance, sound performance and participatory works.
Her work reflects on the role of machines in our culture and the human-technological units,
questioning the idea of education, capitalism and patriarchy techno-centrist in relation to open
knowledge, autonomy and enhancement of technical manual work.
Interested in recycling, hardware hacking, soft-circuits, handicrafts and electronic wizardry,
generates her sound project Corazón de Robota (Robot Heart) with synthesizers DIY, where she
explores the field of audible and inaudible frequencies as physical perceptions, vibrations as cosmic
messages, noise and arrhythmia.
Constanza works under the philosophy of free culture and electronic anarchy, her research on
synthesizers handmade and electrotextiles can be seen documented on her web