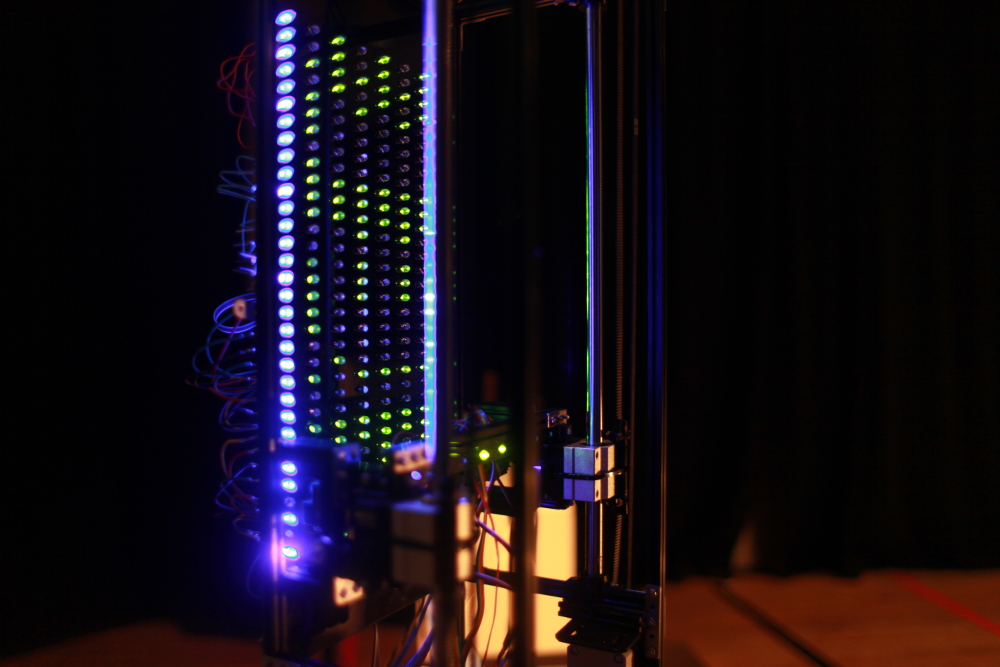 Turing Tape Music is a platform for developing sound work oriented to the history of computing and its encounters with the material world. Our DIY structure uses a bank of LEDs to represent the machine’s tape and a mechanical moving head to read it. For Piksel and in response to this year’s theme of ‘Zero’ and the sea we propose a new iteration of Turing Tape Music. Using containers of sea water into which we will place electronics terminals we will experiment with the physical basis for a circuit’s ground. Live experiments will be conducted such as varying the salinity and acidity of the water by diluting it with samples taken from other locations (sites around the coastlines near Newcastle and Bergen) and adding found materials such as kelp, shells and sea salt (which we will produce ourselves). In a new arrangement of the sonification we will mix these literal samples with granular sound samples taken at the sites of gathering producing a performance beyond its immediate scope and back into the past of its preparation.

Tom Schofield is an artist, designer, educator and researcher with 7 years professional experience working as part of interdisciplinary creative teams. His practice-based research spreads across creative digital media, archives and collections interface design / visualisation and physical computing and he designs, codes, builds and writes about this work. His artwork has been exhibited internationally and he publishes in media art, design and HCI contexts. He also teaches in and out of academia focussing particularly on the role of new technologies in culture as it impacts in architecture, art, literature and design.
His PhD thesis (2015) explored the role of technological materiality in developing works of art and design as part of ecologies of experience.

John Bowers works with modular synthesisers, home-brew electronics, and reconstructions of antique image and sound-making devices, alongside contemporary digital technology. He makes performance environments which combine sound, image and gesture at a fundamental material level. He has performed at festivals including the collateral programme of the Venice Biennale, Electropixel Nantes, Piksel Bergen, BEAM Uxbridge and Spill Ipswich, and toured with the Rambert Dance Company performing David Tudor’s music to Merce Cunningham’s Rainforest. He contributed to the design of The Prayer Companion – a piece exhibited twice at the Museum Of Modern Art (MoMA), New York, and acquired for their permanent collection. Amongst many musical collaborations, he works with Sten-Olof Hellström, Tim Shaw and in the noise drone band Tonesucker. John Bowers works in Culture Lab and Fine Art, Newcastle University, where he helps coordinate research on Digital Cultures.