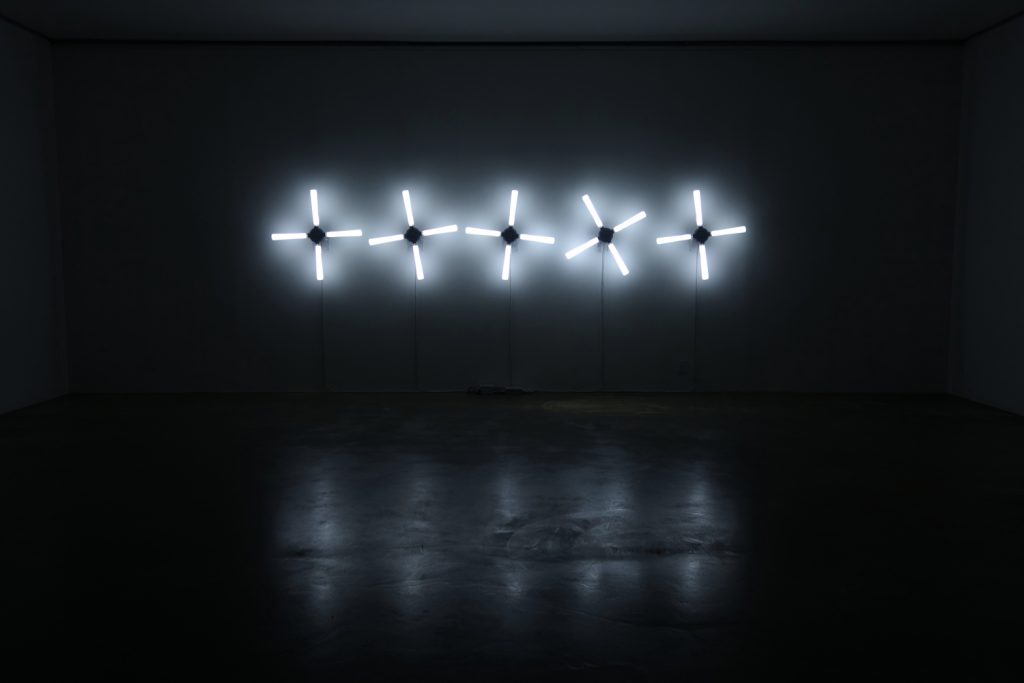 ‘rotating lights’ is the second installation of the series ‘Noise / Light / Seoul’ from the artist Stefan Tiefengraber. A kinetic light installation consisting of five, for Korea very typical, fluorescent lamps that can be found in Korea almost everywhere but are slowly starting to disappear. The artist connects this lamps to a custom-made rotating system. Driven by a motor the lamps start with a very slow movement, the rotating continually speeds up to the maximum rotating rate. After reaching this climax the electricity will turn off – the light goes off and slowly stops spinning. The spectator is left in the dark and now silent space until the lights turn on and start moving again.

These very same technic to produce an experience for the spectators can also be found in the two related works ‘징 noise #1’ and ‘ppang / 빵’ that are also part of the series ‘Noise / Light / Seoul’, the artist created in his stays in Seoul / Korea in 2015 and 2016.

After working six years in a film production company he changed his main place of residence to Linz/Austria where he 2010 started studying Timebased and Interactive Media at University of Art and Design Linz. 2015 he took part in the MMCA Changdong residency program in Seoul/Korea for six month.