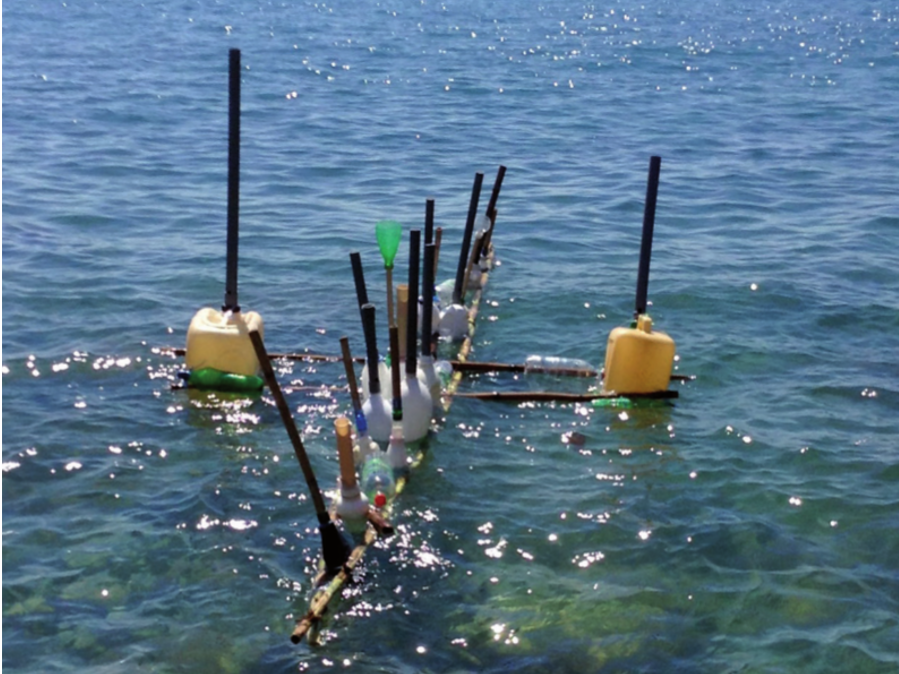 Plastic Souls an artwork on the sonification of plastic waste.

Beaches all over the world are buried under plastic waste, which inspired sound artist Geert-Jan Hobijn to create Plastic Souls: a floating musical instrument entirely made of plastic waste acquired by beachcombing. The waves of the sea will act as the musician of the instrument. The Piksel idea is to invite people from Bergen to make these instruments, and install them off the coast in the sea, so that any wave that rolls to the coast plays the flutes. which thereby takes on the role of a siren and hopefully make people more aware of the disturbing trend of plastic waste on beaches and in oceans and seas.

Geert-Jan Hobijn and Staalplaat Soundsystem are inseparable from their sound systems, from all the tools, toys, contraptions, appliances, vehicles, buildings, trees, and environments that share our domestic chores, work days, daily lives and urban existence. The talents of the objects and spaces in these sound systems have always been known. Their reputations as performers were overshadowed for a period of time by home audio gear but then that too became an appliance. Radios, turntables, consumer electronic surround sound systems, in fact, are servile in comparison, subservient to a music made elsewhere, whereas give them a little electrical juice and so-called convenience items are happy to perform their own work live anytime anywhere. They perform themselves much like singers in that they are their own instruments. Sometimes they have solos; other times they disappear en masse into the surrounding architecture like Gregorian chant. Their performances are well received by audiences because people have performed on the same instruments. Only a small percentage of an audience will have played, say, a violin; those who have appreciate excellence when they hear it. Most everyone has played a vacuum cleaner or honked a car’s horn; they too seek out their ensembles, their virtuosos. It is more than that. As babies we fall asleep to a clothes dryer’s white noise lullaby, as kids we become entranced by a lopsided spin cycle. As adults we may not be accustomed to seeing our toasters collectively express themselves, but when was the last time a violinist made you breakfast? Hobijn is a composer not just of music or sounds. He composers these sound systems with generous wit and wisdom of care, through a collectivist poetics that rejuvenates, makes young again, the everyday, while polishing the floor. Douglas Kahn <2014>